It is a tradition of JOTI and JOTA to have an opening address welcoming participants to the international JOTI/JOTA weekend.

This year’s opening address will be premiered on the Scouts Australia YouTube channel at 10am AEDT Saturday, and broadcast on Amateur Radio via the WIA broadcast Team at 1pm local time in each Branch.

We encourage both playing and broadcasting of the message from Scouts and Guides Australia and the Governor General of Australia to all JOTI/JOTA participants.

The audio introduction for the WIA broadcast, which can be downloaded below, has been recorded by Beth VK2BJN & Tim VK2TBN, Scouts at 1st Greystanes in Sydney. 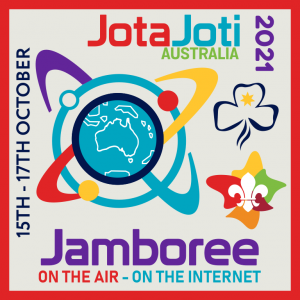